The JB Duke Hotel is an upscale boutique hotel and conference center set to open in early 2017 on Duke University’s West Campus. We developed an elegant logo and corresponding stationery and print collateral for the JB Duke that reflect the building’s modern architecture and links the hotel to the Duke University brand through the use of Prussian blue, the school’s official color.

The name JB Duke was chosen to honor the American industrialist, James Buchanan Duke, who played a significant role in the development of the university. In addition to the logo, we used the JB initials to create a mark for the hotel that is fresh and modern even as it references the hotel’s historic namesake. The mark was also adapted into a pattern that will appear throughout future branding efforts. 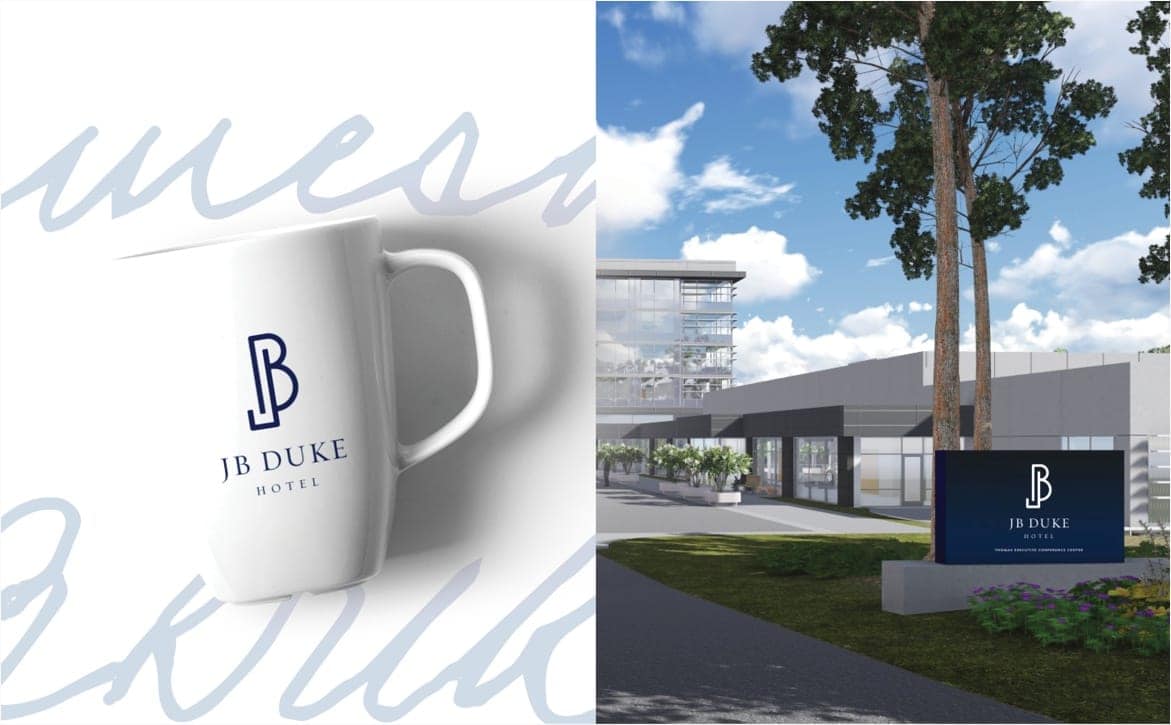