We partnered with ASHA, the American Social Health Association, and Lynn Barclay, President and CEO, to help create a new video about HPV that launched June 1.

The video serves as a primer to physicians counseling HPV patients and an educational tool for anyone looking for information about the new HPV vaccines.

We helped handle every step of the process, from writing the script to hiring the actors and actresses to shooting and editing the video.

The script is a dramatic narrative involving a mother, her son and daughter, and her doctor. The mother has gone back to the doctor for a check up, to see if the genital warts that were caused by the HPV virus had recurred. While her children wait in the waiting room, the doctor informs the mother that her genital warts had returned, and that the virus hasn’t gone away completely.

The video shows the mother struggling internally with many questions, such as, “What will I tell my boyfriend who doesn’t know I had HPV? and “How is this possible? I thought this was over.”

The doctor counsels the mother on her options and assures her that she did nothing wrong.

When the mother returns to the waiting room, she sees some educational information about HPV vaccines, which she decides both of her children should have, since HPV is so common and so easily transmitted.

The social health video was shot at the Women’s Birth and Wellness Center in Chapel Hill, North Carolina. A BIG thank you goes out to them for allowing us to shoot the video at their beautiful facility. 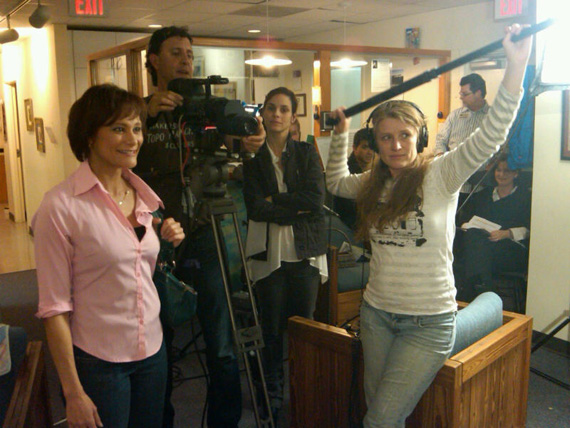 After a century of groundbreaking medical work within the realm of social health, ASHA’s relevance is only further confirmed with timely projects like this video. Thank you ASHA for allowing us to help you with such an important project.