In 1934, New England’s Wheeler Yachts crafted a 38-foot sport fishing boat for legendary author Ernest Hemingway. He named his new boat “Pilar”, which was Hemingway’s nickname for his second wife, Pauline, and also the name of the woman leader of the partisan band in his 1940 novel set during the Spanish Civil War, For Whom the Bell Tolls. It was on this vessel that the Nobel Prize winner pioneered big-game fishing, hunted Nazi submarines and wrote two of his most famous literary works –– The Old Man and the Sea (1953) and Islands in the Stream (1970).(1) 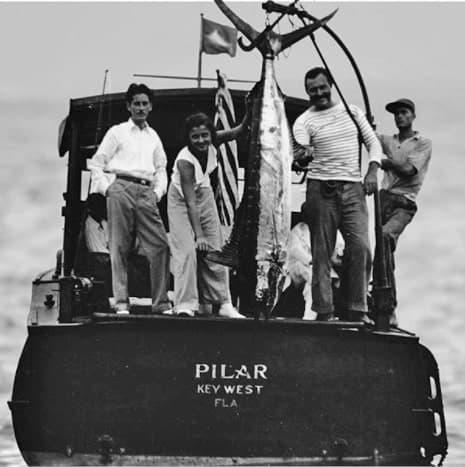 This fall, in an event which has captivated veteran sailors, yachting connoisseurs and fans of American literature, Wesley P. Wheeler, the grandson of the famous shipbuilder, Howard E. Wheeler Sr., will set sail on a maiden voyage all his own with a resurrected “Pilar” – a newly designed, masterfully engineered and meticulously constructed modern-day Wheeler 38.

The Wheeler Yacht Tour will begin on September 2, 2020. The maiden voyage will feature stops at a succession of prominent marinas as it heads south from Maine. You can follow the trip each day on the Wheeler Yacht website.

For the younger Wheeler, who divides his time between homes in Chapel Hill and Maine, the Wheeler 38 was a tribute to his family’s contribution to boating in the early and mid-1900’s. Wheeler navigated to Chapel Hill’s Rivers Agency for help in the high-profile relaunch of the Wheeler brand. In recent months the Wheeler 38’s debut has been profiled in the gold-plated Robb Report, the affluent lifestyle site InsideHook and Power & Motor Yacht.

Maine’s Brooklin Boat Yard worked from the actual measurements of Pilar to create a faithful reproduction outfitted with state-of-the-art equipment, navigation and electronics.The hull was penned by Bruce Marek and the balance of the boat by Bill Prince of Madison, Wisconsin. Every square inch of the Wheeler 38 was built by hand using traditional, reliably durable Douglas fir, African mahogany and teak. Even the hardware was custom cast to match elements of Pilar.

The upcoming voyage will be the opening act in Wheeler’s vision to provide an historically significant, high-performance option for buyers who seek a luxury boating experience steeped in tradition.

Bon voyage, Wes and Marianne Wheeler, cheers to you and your new century of Wheeler Yacht-making.