As a person – and a consumer – out in the public sphere, you’ve likely noticed that advertising has become a lot more complicated and much more omnipresent these days. It’s easy to be nostalgic for the days when reaching an audience was simpler – it’s not that advertising was easier, but campaigns didn’t require as much work in so many different elements and media. In our recent post on social media in the business world, we talked about the ways it has increased interpersonal interaction as well as accessibility to press releases, events and promotions.

These advances in communication and technology have led to a new kind of advertising, one that is interactive. Take Pepsi’s “Field of Dreams” commercial for example. Viewers download the IntoNow app on their iPhone and hit it while they’re watching the commercial, which automatically downloads a coupon for a free 20 oz bottle of Pepsi Max. Crazy, right? Technologies like this open up a whole new realm of business-consumer interaction.

Here’s another example: Kiip, based out of San Francisco. Less than a year old, this iPhone app is seriously revolutionizing the way business reach their customers. Kiip offers companies access to over 15 million active game players. The rewards that these gamers unlock are promotions, vouchers or free samples. 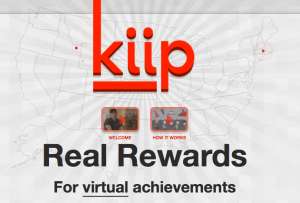 Good for the player, good for the business. Everybody wins. Wong, a 19-year-old co-founder, describes his unconventional approach this way: “People have been too focused on real estate and pieces of the screen being part of the advertising equation, but they’ve completely overlooked the notion of moments, moments where you’re happy, moments when you engage. These moments are worth something.”

Another approach is used on TripYourFace.com, a web promotion from Hotels.com that allows users to cast themselves in a scene reminiscent of “The Hangover” by uploading pictures of their own faces and those of their friends.

In essence, what these companies are doing is offering their audiences and users value, rather than just vying for their attention. Advertising is moving beyond visual and listening spaces and timeslots — it’s entering a new era in the way advertising relates to consumers.

So, what do you think about interactive advertising? Is it truly more effective, or is it just another trend? Let us know. Leave a comment or tweet us @RiversAgency.